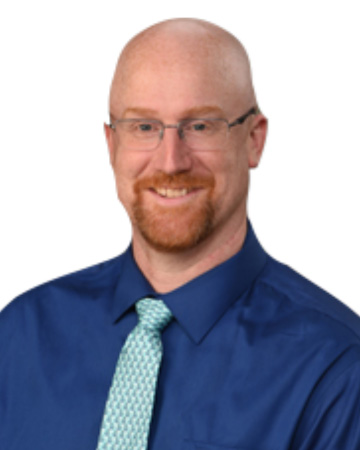 Dr. Barrett is a fellowship trained adult reconstructive surgeon. His medical practice is devoted to the diagnosis and treatment of arthritis, a disease that currently affects millions of people in the US.

Jason is a board-certified acute care nurse practitioner working with Dr. Barrett in the Adult Joint Reconstruction Division. Jason grew up in New Jersey and has called Rhode Island home since 2013. He completed his bachelor's degree in nursing at The City University of New York, College of Staten Island and was a member of the Sigma Theta Tau International Nursing Honor Society. He attended Rhode Island College for his MSN in Adult Gerontological Acute Care. Prior to joining the staff at University Orthopedics, he worked as a nurse in cardiac surgery at Charlton Memorial Hospital, New York Presbyterian Hospital, and The Ohio State University Wexner Medical Center. In his spare time, Jason loves playing hockey and cheering on the Buckeyes with his wife and three children, Tucker, Cooper, and Hunter.

Master of Science in Nursing

The City University of New York

Bachelor of Science in Nursing